Vanderhaeghe and Aviña: “We will do everything we can to make our fans proud”

Coach Yves Vanderhaeghe and technical director Carlos Aviña take stock of the campaign to date, one third of the way through the Jupiler Pro League season.

In an exclusive interview together, the pair look back on the past 12 matches, but also, and above all, they look ahead. Cercle has shown an attractive style of play and has been physically strong almost every match but after a good start to the season, too few points have been won of late: "If you have 9 points after 12 games, the only reaction you can have is disappointment", Yves Vanderhaeghe says. “As a coach, I feel responsible for this. I'm frustrated because we often were close to a win or a draw in many of these matches as well. I don't feel like we're giving away many chances either, but for some reason the ball always goes in. These are small margins, small mistakes and we have to learn to avoid them”. Technical director Carlos Aviña agrees: "There is a general feeling within the team that we've deserved more, but we all know that it is not about what you earn but about how you actually perform."

Becoming consistent in sporting terms is therefore the goal, something with which Aviña agrees: “The quality in the squad is there, proof of this is in the good matches we've already played, but for which we were not rewarded in terms of the results. Despite this lack of results, there are also a number of things that have been achieved this season: for example, we are the most physical team in the competition, and with Charles Vanhoutte, Thibo Somers, Robbe Decostere, Olivier Deman, Aske Sampers, Arne Cassaert and Wolf Ackx, we give playing opportunities to our own academy-trained players who are important and will remain important in our sporting strategy.”

It is also remarkable this season that coach Vanderhaeghe often changed his eleven. The team even played against Standard in a new formation. “Why does a coach do that? Simply because he hasn't been winning! The players get the chance to show themselves in every training session. Based on who has the right work ethic, who is working hard, who leads by example and who is open to dialogue, I will then make the final decision on who plays and who doesn't.” 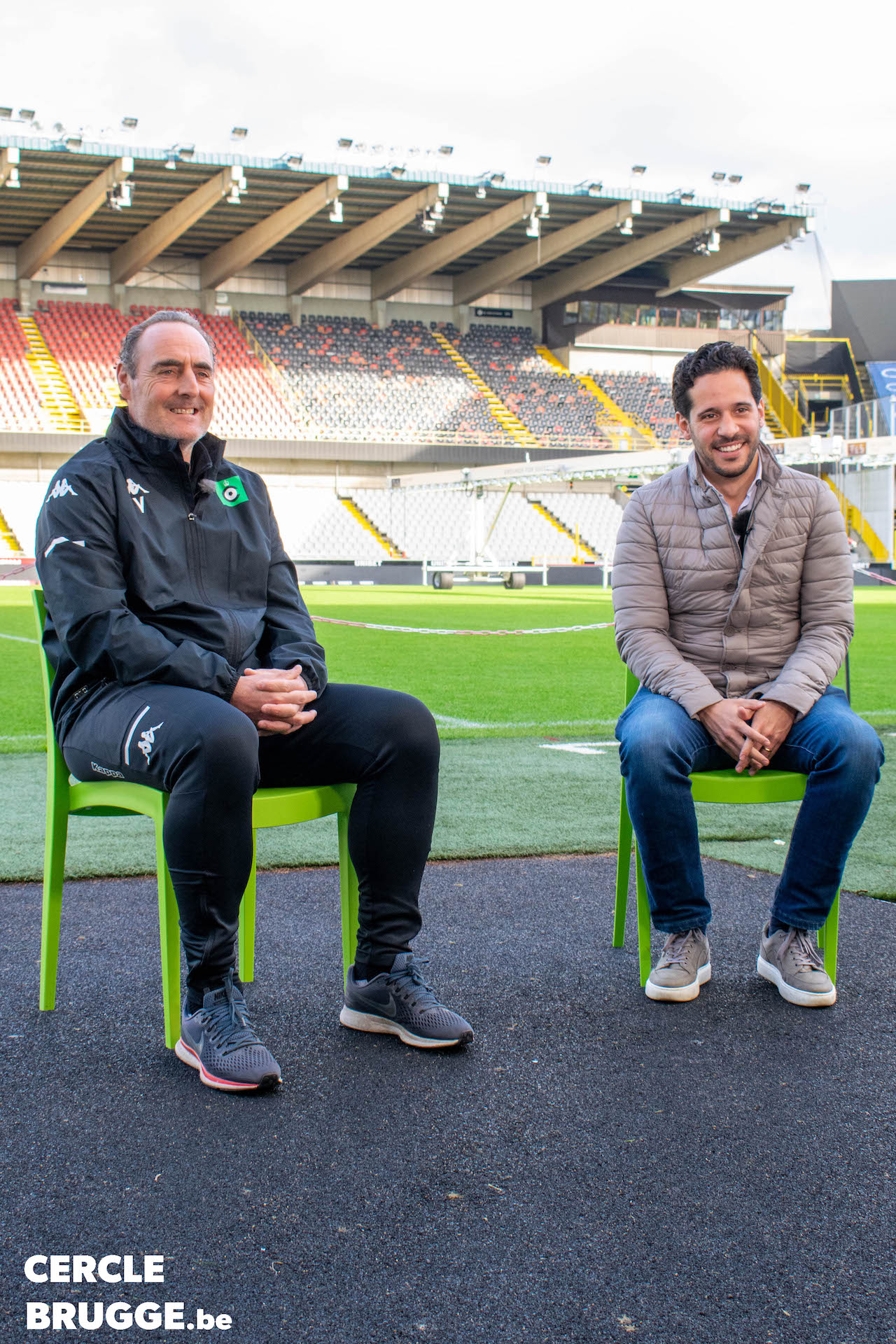 So far, Vanderhaeghe's choices have not yielded the results that were hoped for: “I understand that the fans are not satisfied. All I can say is that we are working hard, every day. A structure has been set up here with an extensive medical staff, video analysts, performance coaches and other frameworks that make our approach very professional. In all the teams where I have worked previously, nowhere has been as well organized as here. We are all working towards the same goal: making Cercle successful” says Yves Vanderhaeghe

In order to guarantee stability and sporting results in the long term, it was decided after the home game against Union to provide extra support to the technical staff around coach Yves Vanderhaeghe. With Jimmy De Wulf, a new assistant coach was added to the staff and Miron Muslic was also brought on board. “The idea here is to install a culture where everyone challenges each other to bring out the best in each other,” explains Carlos Aviña. “We looked for people with the right profiles, who would complement the decision-making process,” he continued. Yves Vanderhaeghe feels that support: “As a coach I feel enormously supported by both Cercle and the fans. Let us now believe in this team, and look for success together.” Despite a busy schedule, our coach remains very positive: “I feel that we are close to a win. Especially for our fans, who have not yet been able to celebrate a home win in the competition, we want to do this as soon as possible. We should be rewarded for our good performances against KV Oostende and Standard. Why not on Sunday? With the support of the fans, that should certainly be possible!” 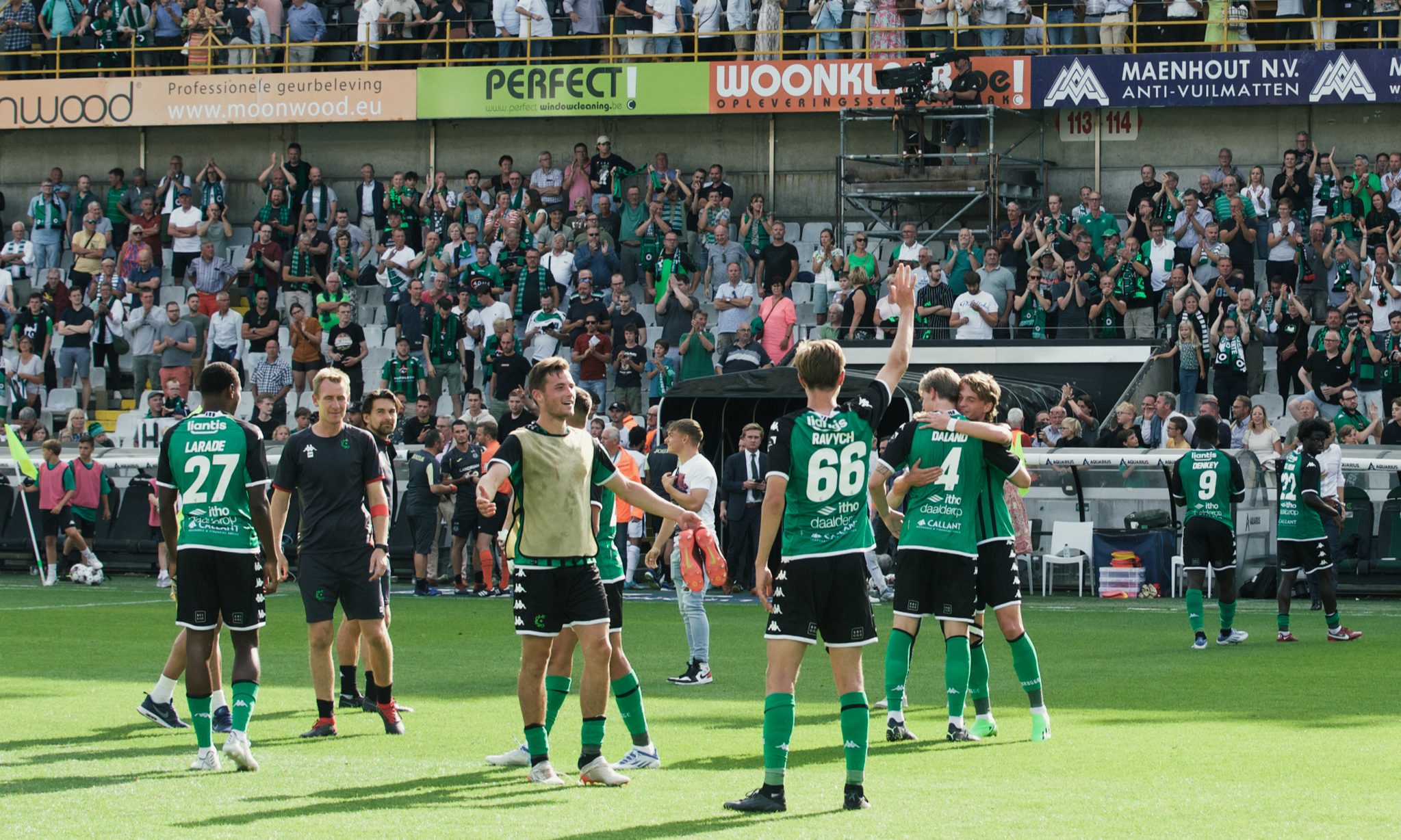 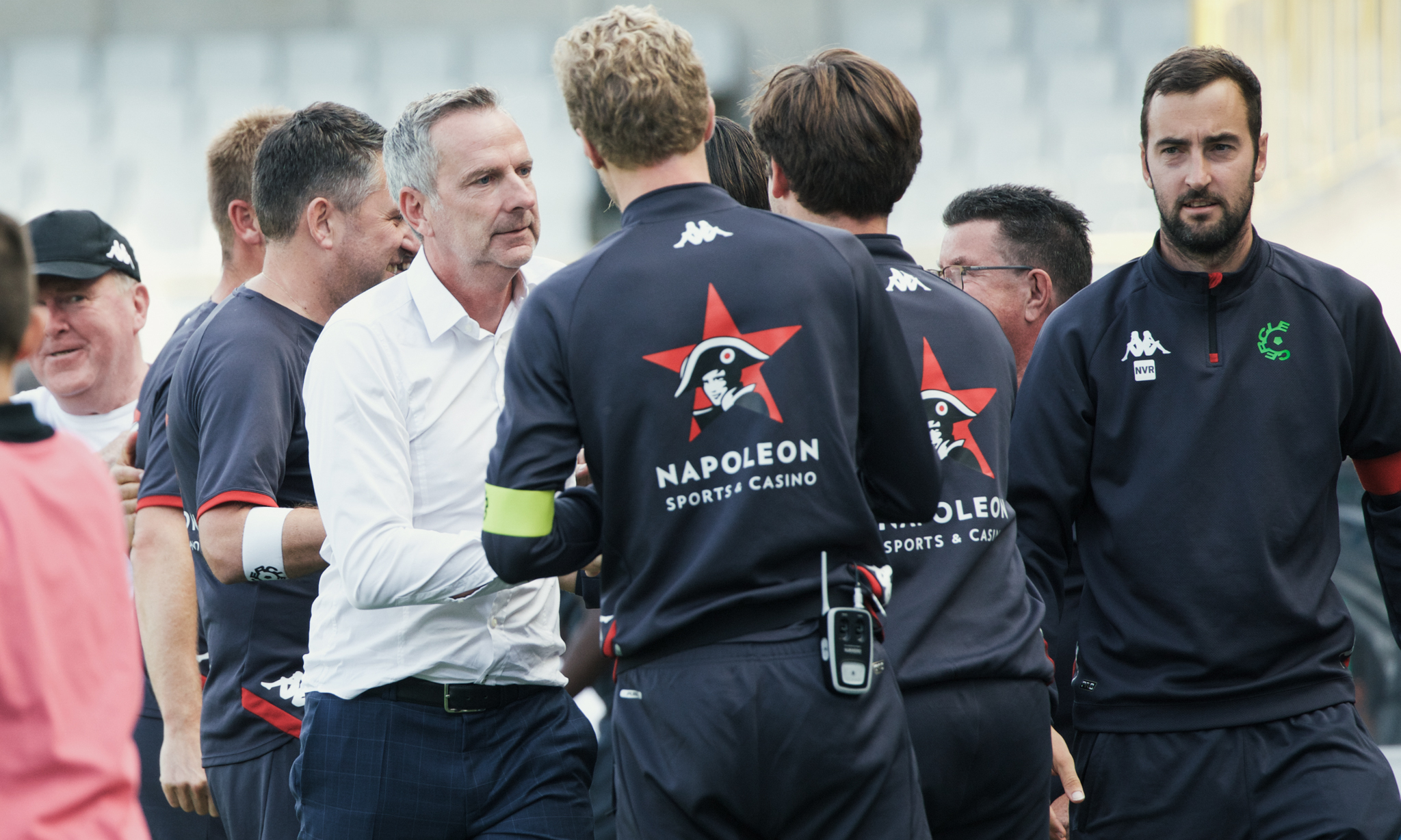 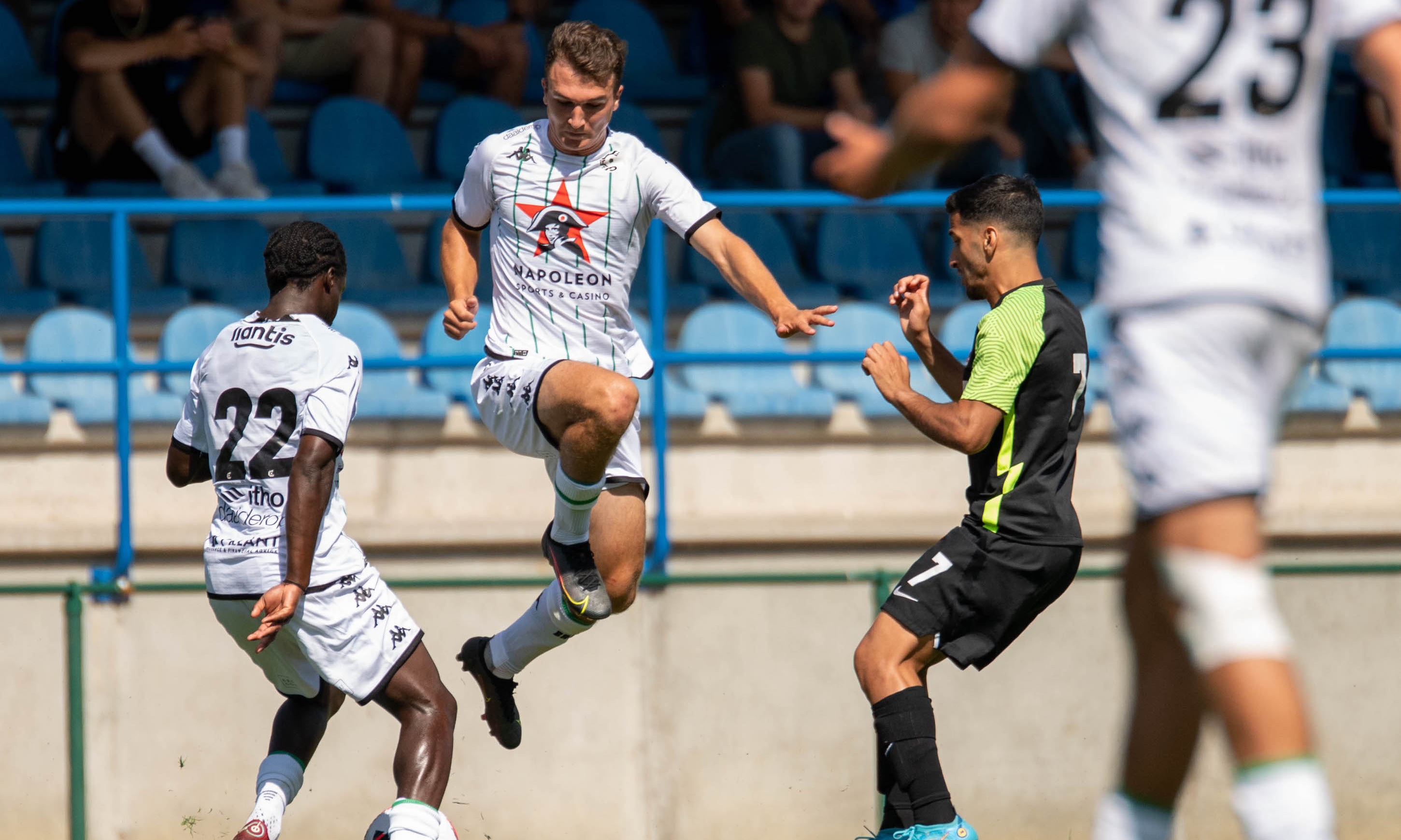 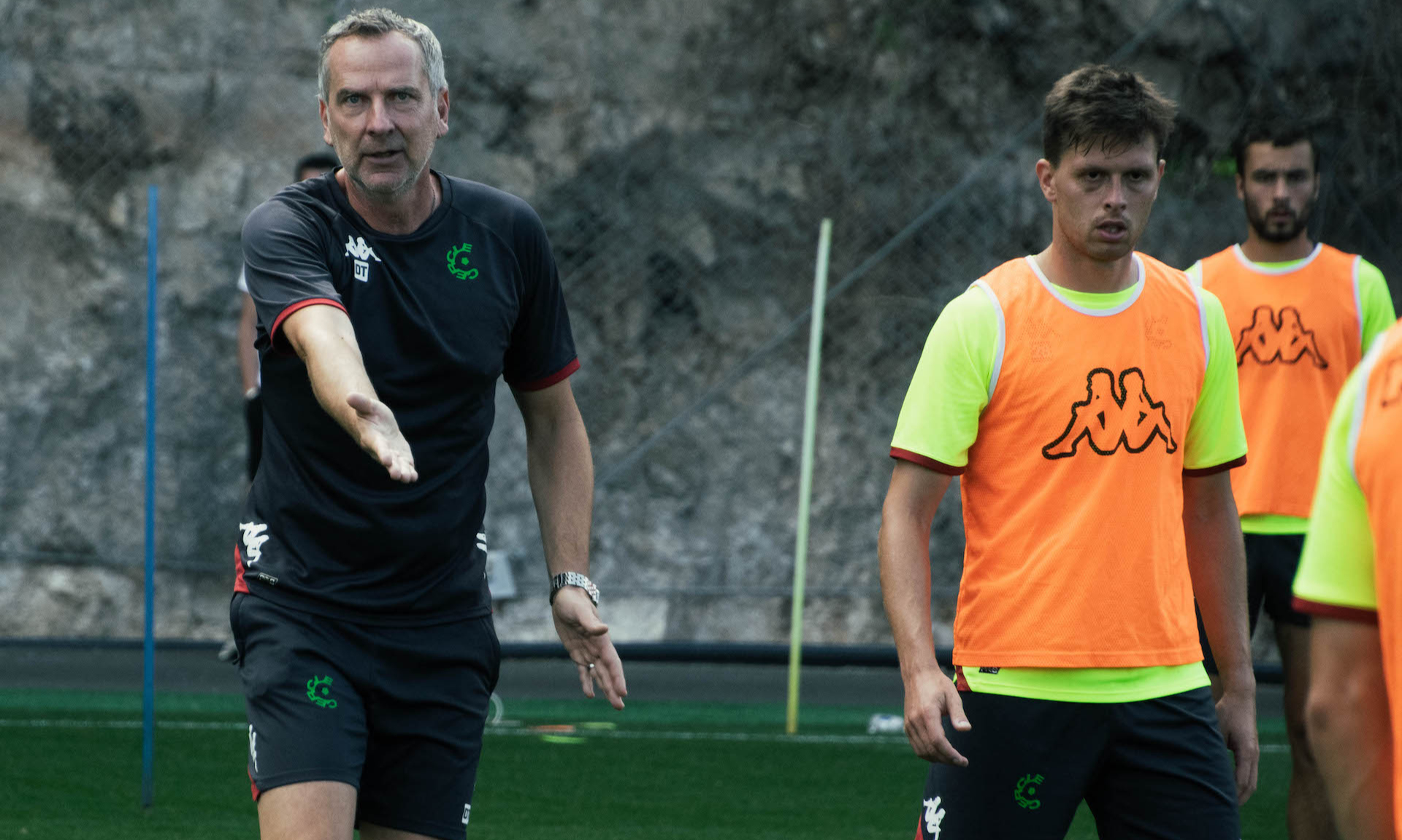 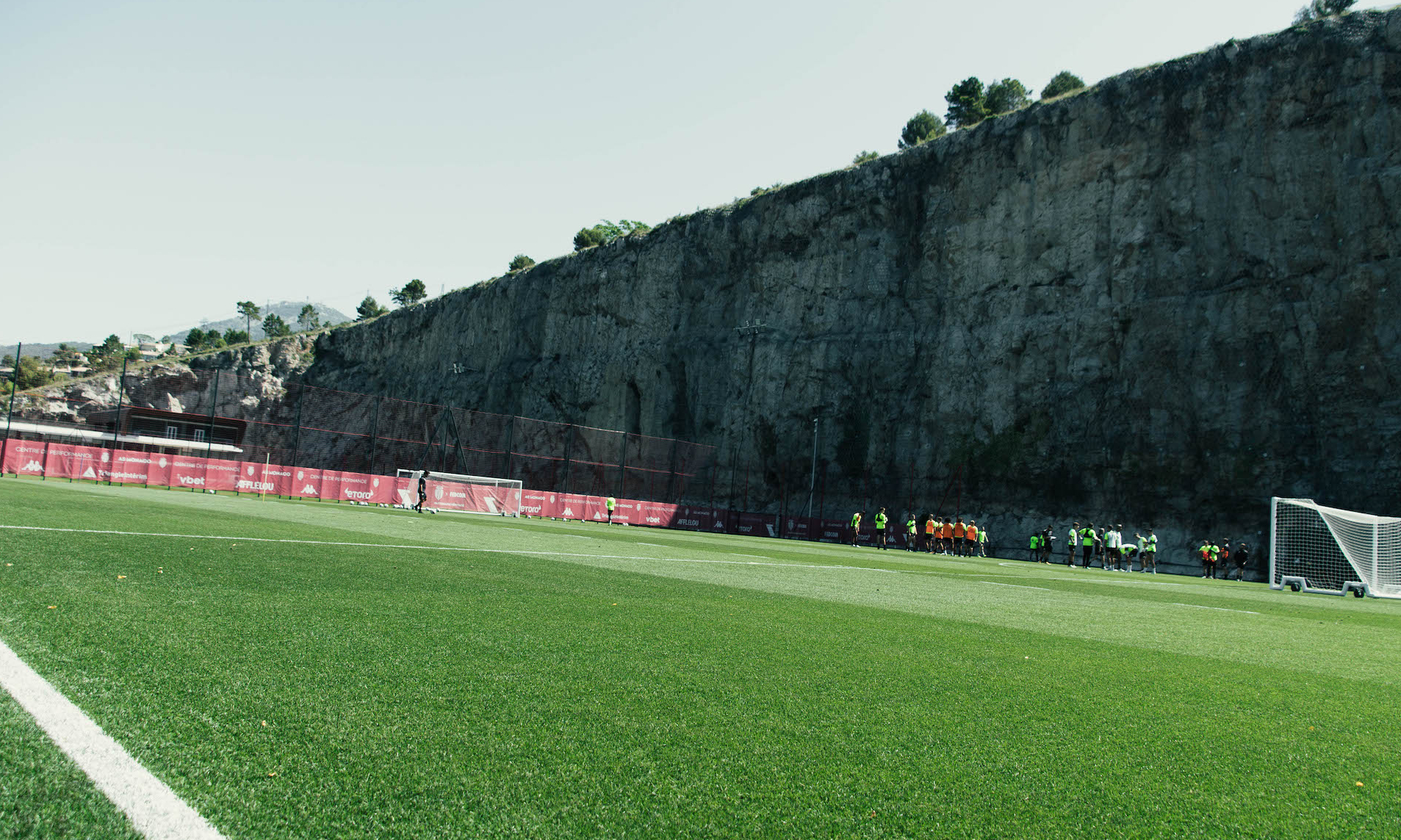